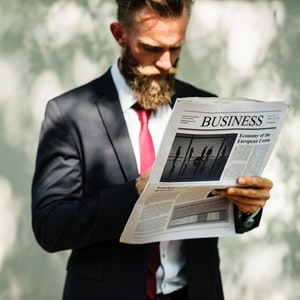 James, Adam’s superior called him into his office. He was told that he needed to have a serious conversation with Kent on his lack of discipline. James noticed Kent’s working attitude and discipline declining over the last 3 months. It was during the time when Adam got the promotion.

Adam knew this day would come! He was aware of Adam’s performance but tried to ignore it because he didn’t want to ruin their friendship developed over the last 3 years. Despite the leadership training he received when he was promoted, he hoped that this scenario wouldn’t have happened.

As Adam approach Kent, Kent turned and looked at Adam and said “Yes boss, what do you want?”. Adam felt a heavy weight on his shoulder. Wanting to reduce the weight, he said “James asked me to tell you that you lack discipline and he expects you to buck up”. There was silence before Kent said “ok” while looking disappointed. Adam walked away feeling his friend misunderstood him and this has somehow made him the ‘bad guy’

Having worked with many first time managers, the above scenario is one of their major concerns. As leaders we need to be clear, our leadership position in an organisation is a role. It is WHAT we do, not WHO we are.

Simple put, identity is WHO you are. It consist of your personality and your essence. Role is WHAT you do. It is based on the role you are given. Each role has a specific purpose.

Without going into a theological or scholarly discussion, identity, simply put is “Who am I”. Generally speaking, it is how we want people to see us. E.g. we want to be seen as someone good, someone people can rely on.

Role on the other hand, is a position that comes with a set of behaviour. As a leader, the behaviour that is expected is to achieve the desired results through the team he leads.

The challenge comes when doing what is ‘good’ as a leaders (e.g. reprimand an employee who is late) is perceived as a ‘bad’ or ‘harsh’ behaviour which goes against our identity to be seen as a ‘good person’.

In a culture which is predominantly relational, it is often assumed WHAT you do reflects WHO you are. This is where Adam’s dilemma is.

HOW DO I PROCEED

As a leader, it is important to know the difference between your role and your identity. At the subconscious level, you are navigated your the desire to be ‘true to yourself’. By knowing your action does not define your identity, there is a sense of liberation that allows you to act according to your role.

2) State your expectation with your team and previous colleagues

It is important for new leaders to introduce themselves to their team. Share with your team WHO you are (your personality style, your passion, a glimpse into you) and as a leader your role is to develop them by giving them clear and precise feedback. Make your expectation explicit.

With previous colleagues, it is critical to have a personal conversation on your promotion. Don’t be apologetic about it, rather share the your concern on how you should deal with them. this sends the message you respect them and want to create partnership. Let them know you will not take advantage of the relationship but you will need to do what is necessary to be successful in your role.

Please feel free to comment on my sharing as well as add on to it. I welcome feedback as I believe we need to be relevant rather than trying to be right. Let our sharing be a blessing to others.

Got a Q? WhatsApp us